Justin Hartley is an American actor, known for his work in television. He is best known for playing the role of Kevin Pearson in the NBC drama series This Is Us since 2016. He can also be recognized for his roles in Passions, Smallville and The Young and the Restless. He played Patrick Osbourne in the 3rd season of the television series Revenge. For his role in The Young and the Restless, he received an Emmy nomination. Born Justin Scott Hartley on January 29, 1977 in Knoxville, Illinois, USA, to Jackie and Mark D Hartley, he grew up in Orland Park, Illinois. He has an older brother, Nathan and younger sisters, Megan and Gabriela. He married actress Chrishell Stause in 2017. He was previously married to Lindsay Hartley with whom he had a daughter named Isabella Justice Hartley in 2004. 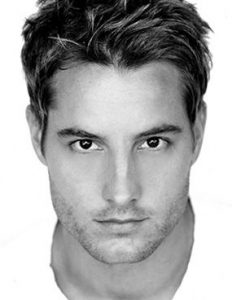 Justin Hartley Facts:
*He was born in Knoxville, Illinois and was raises in Orland Park, Illinois.
*He is an avid basketball player.
*His two favorite baseball teams are the Cubs and the Dodgers.
*He became first actor to play a live-action version of DC Comics hero Green Arrow.
*He has a dog named The Gooch.
*Follow him on Twitter, YouTube, Facebook and Instagram.