Hollywood and Bollywood film and TV star whose career has spanned three continents covering India, the United States and especially Italy among other European countries in three media: film, television and theatre. Kabir Bedi is best known for his role as Emperor Shah Jahan in Taj Mahal: An Eternal Love Story and the villainous Sanjay Verma in the 1980s blockbuster Khoon Bhari Maang. He is mainly known in Italy and Europe for playing the pirate Sandokan in the popular Italian TV mini series and for his role as the villainous Gobinda in the 1983 James Bond film Octopussy. He also starred in one of the world’s most-watched TV series, “THE BOLD AND THE BEAUTIFUL” 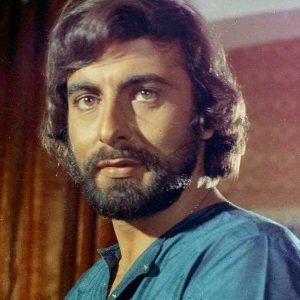 Born on January 16, 1946 in Lahore, Pakistan, into a Sikh family, his father, Baba Pyare Lal Singh Bedi, a Punjabi Sikh, was an author and philosopher. His mother, Freda Bedi, was a British woman who was jailed in India as a supporter of Indian nationalism and was the first Western woman to take full ordination in Tibetan Buddhism. Kabir was educated at Sherwood College, Nainital, Uttarakhand, and St. Stephen’s College, Delhi. He has been married four times and has three children.

Kabir Bedi Facts:.
*He was born on January 16, 1946 in Lahore, Pakistan.
*His mother, Freda Bedi, was a British woman who was jailed in India as a supporter of Indian nationalism and was the first Western woman to take full ordination in Tibetan Buddhism
*His brother Ranga Bedi, who was a tea planter, and his sister, Gulhima, who was born in Srinagar in 1949, now lives in the United States.
*He began his career in Indian theatre.
*His Italian series “SANDOKAN” made him a major star across all of Europe.
*He was knighted by the Italian Republic he is now Cavalier Kabir Bedi.
*He was ranked by Google as the no.2 most googled Bollywood Male actor in 2016!.
*He went to the same school and grade as Amitabh’s younger brother Ajitabh.
*He is fluent in Hindi, English and Italian.
*Follow him on Twitter, YouTube, Facebook and Instagram.