Kaitlyn Dever is an American actress. She is best known for starring as Loretta McCready in the FX crime drama series Justified, Eve Baxter in the ABC/Fox sitcom Last Man Standing and Marie Adler in the Netflix drama miniseries Unbelievable. She has also appeared in many films, notably Them That Follow, Beautiful Boy, The Front Runner, Booksmart, Bad Teacher, The Spectacular Now, Short Term 12, and Detroit. Dever also appeared in the award winning video game Uncharted 4: A Thief’s End playing Cassie Drake, daughter of the game’s lead, Nathan Drake. 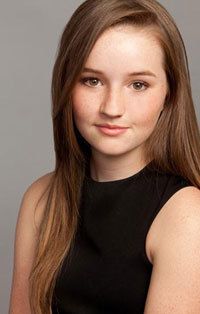 Kaitlyn Dever Facts:
*Born on December 21, 1996 in Phoenix, Arizona, her ancestry includes German, English, Irish, and Scottish.
*Growing up, she took part in ballet, gymnastics, and skating.
*She made her debut as Gwen Thompson in the 2009 film An American Girl: Chrissa Stands Strong.
*She played Eve Baxter in the ABC/Fox sitcom Last Man Standing from 2011 to 2021.
*She was nominated for a Golden Globe Award for Best Actress-Miniseries for her role in Unbelievable.
*Her fashion icons are Audrey Hepburn and Kristen Stewart.
*Visit her official website: www.kaitlyndever.com
*Follow her on Twitter and Instagram.