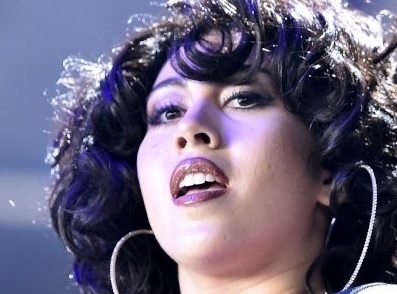 Kali Uchis Facts:
*Her father moved from Pereira, Colombia, to the U.S., where he met Uchis’s mother during the early 1990s.
*Her real name is Karly-Marina Loaiza.
*She was a poet in her youth and played the saxophone in a jazz band during high school.
*She released her debut mixtape, Drunken Babble, in August 2012, followed by her debut EP, Por Vida, released in 2015.
*Ella Fitzgerald, Billie Holiday, Curtis Mayfield, Loose Ends, Mariah Carey, Ralfi Pagan and Irma Thomas are her musical inspirations.
*She has been in a relationship with rapper Don Toliver.
*Visit her official website: www.kaliuchis.com
*Follow her on Twitter, YouTube, Facebook and Instagram.