Kara Crane is an American actress. She is best known for her portrayal of Jeanette Pachelewski in the Disney Channel original film Minutemen. In 2010, Crane starred as Alyssa Beam in the Nickelodeon pilot “Summer Camp”, and played Sissy Summers on the web series Sweety. She has also appeared as a guest-star in several television series such as The Suite Life on Deck, The Mindy Project, Bucket & Skinner’s Epic Adventures, Awkward and Baby Daddy. Born Kara Taylor Crane on November 30, 1990 in Orange County, California, to parents Celesie and Steven M. Crane, she is of Filipino (mother) descent and Russian Jewish (father) descent. Crane majored in Music & Theatre from Orange County School of the Arts. In 2010, she dated actor Dylan Sprouse. 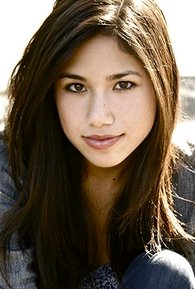 Kara Crane Facts:
*She was born on November 30, 1990 in Orange County, California, USA.
*She started her professional acting career in 2006.
*Played Jeanette Pachelewski in the 2008 Disney Channel Original Movie Minutemen (film).
*She was the host of the Disney Channel’s Disney 365 from 2010 to 2011.
*She is friends with Debby Ryan, Jason Dolley, Brittany Curran, Chelsea Kane, Luke Benward, and Nicholas Braun.