Kara Lindsay is an American actress. She is best known for her portrayal of Katherine Plumber in the 2012 musical Newsies, and for her role as Glinda in the Broadway Musical Wicked. Lindsay’s other credits include Murphy Brown, Mary Poppins, Beautiful: The Carole King Musical, and Singin’ In The Rain. Born on February 16, 1985 in Rochester, New York, she attended Greece Athena High School. She received a BFA in acting/musical theatre from Carnegie Mellon University. She debuted as Laura in a musical-theatre production at the Paper Mill Playhouse of Little House on the Prairie in 2009. She is married to Kevin Massey. 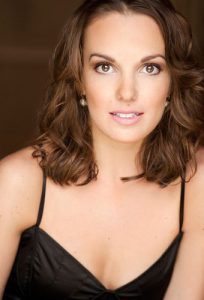