Karan Singh Grover is an Indian model and actor. He is best known for television roles as Sharad Gupta on Kasautii Zindagii Kay, Dr. Armaan Malik on Dill Mill Gayye and Asad Ahmed Khan on Qubool Hai. He has also appeared in the films Alone and Hate Story 3. He co-hosted the Season 1 of Zara Nachke Dikha with Shweta Gulati in 2008. Born on February 23, 1982 in Delhi, India, to a Punjabi Sikh family, his parents are Deepa Singh and Amrit Pal Singh. He completed his schooling from International Indian School of Dammam in Dammam, Saudi Arabia, and then pursued a degree in Hotel Management from IHM Mumbai. He began his television career with Balaji Telefilms’ youth show Kitni Mast Hai Zindagi on MTV India. He married actress Bipasha Basu on April 30, 2016. He was previously married to Shraddha Nigam and Jennifer Winget. 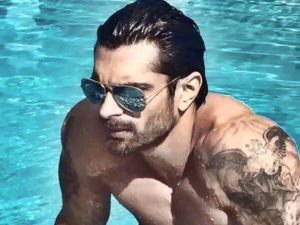 Karan Singh Grover Facts:
*He was born on February 23, 1982 in Delhi, India.
*His family hails from Ambala, Haryana.
*He used to work as a Marketing Executive in the Sheraton Hotel in Oman.
*He won Gladrags Mega Model Manhunt in 2004.
*Follow him on Twitter, Facebook and Instagram.