Kate del Castillo is a Mexican and American actress born in Mexico City, primarily known for starring in several telenovelas. She became recognized for her role as Leticia Bustamante in the telenovela Muchachitas. She is best known for playing the role of Teresa Mendoza in the hit Telemundo series La Reina del Sur since 2011. She played Verónica Fernández-Negrete in the telenovela La mentira, for which she received a TVyNovelas Award for Best Young Lead Actress nomination. Born Kate del Castillo Negrete Trillo on October 23, 1972, in Mexico City, Distrito Federal, Mexico, she is the daughter of Kate Trillo del Castillo and Eric del Castillo. She was married to fútbol player Luis Garcia from 2001 to 2004 and to actor Aaron Diaz from 2009 to 2011. She does not have any children. 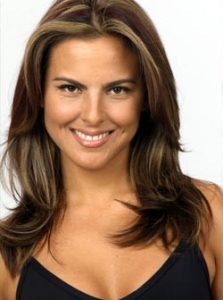 Kate del Castillo Facts:
*She started acting in 1978 & became one of mexico’s top actresses.
*She became a US citizen in September 2015.
*She helped Sean Penn interview Mexican drug lord El Chapo in 2015.
*Visit her official website: www.katedelcastillo.us
*Follow her on Twitter, Facebook and Instagram.