Kate Walsh is an American television and film actress. She is best known for her roles as Dr. Addison Montgomery on the television series Grey’s Anatomy and Private Practice. From 2014 to 2015, she played Rebecca Wright on the short-lived NBC sitcom Bad Judge. She is also known for playing the role of Olivia Baker on the Netflix drama series 13 Reasons Why. Her well-known films include Under the Tuscan Sun, Kicking & Screaming, Girls Trip, Bewitched, and Scary Movie 5. Born Kathleen Erin Walsh on October 13, 1967 in San Jose, California, USA to Angela C. Bochetto and Joseph P. Walsh, she grew up in San Jose, California and Tucson, Arizona. She is of Irish descent on her father’s side, and of Italian descent on her mother’s side. She worked as a waitress before she started her acting career. She was educated at Catalina Magnet High School, Rincon High School and University of Arizona. She was married to Alex Young from September 1, 2007 to February 5, 2010. 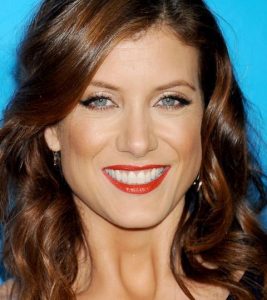 Kate Walsh Facts:
*She was born October 13, 1967 in San Jose, California.
*She is of Irish and Italian descent.
*In 1980’s, she worked in Japan as model.
*She participated in theater while in University of Arizona.
*She was ranked #52 on the Maxim magazine Hot 100 of 2007 list.
*She was Cadillac 2008 CTS brand ambassador between 2007 and 2008.
*She is good friends with Jamie Denbo, Sally Ann Brooks, Cynthia True, Sara Morris and Corinne Kingsbury.
*Visit her official website: www.katewalsh.com
*Follow her on Twitter, Facebook, Google+, Pinterest, and Instagram.