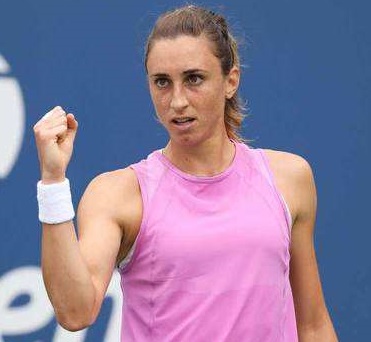 Kateryna Bondarenko is a professional Ukrainian tennis player who was the doubles champion in 2008 at the Australian Open, partnering her sister Alona Bondarenko. Turning professional in 2000, Kateryna achieved a career-high singles ranking of World No. 29 on October 12, 2009, and a doubles ranking of world No. 9 on October 20, 2008. Her best Grand Slam performance in singles was reaching the quarterfinals at the 2009 US Open.

She has been married to Denis Volodko since September 2011. They have two children.

Kateryna Bondarenko Facts:
*She was born on August 8, 1986 in Kryvyi Rih, Ukraine.
*She began playing tennis at the age of four.
*Her favourite surface is hardcourt.
*She plays right-handed and has a two-handed backhand.
*She turned professional in 2000.
*She has a career-high doubles ranking of No. 9.