Northern Irish footballer George Best Biography, Family, Height, Weight, Age, Measurements will be discussed here. George Best’s personal details can be checked here. He was the European Player of the Year (1968), and won the European Cup with Manchester United (1968). 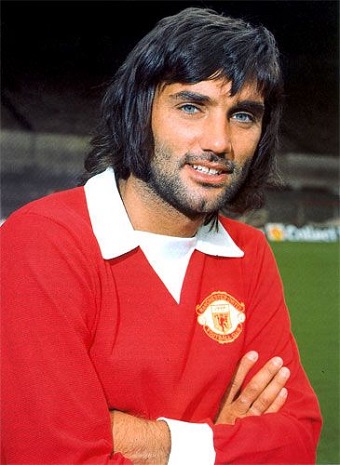 George Best was a Northern Irish professional footballer who played as a winger, and is widely regarded as one of the greatest players in the history of the sport. Best spent most of his club career at Manchester United. He won league titles with Manchester United in 1965 and 1967. He also played for Los Angeles Aztecs, Fulham, Los Angeles Aztecs, Fort Lauderdale Strikers, Hibernian, and San Jose Earthquakes. In international football, Best was capped 37 times for Northern Ireland between 1964 and 1977.

Born in Belfast, United Kingdom, he was the first child of Dickie Best and Anne Withers. Best grew up in Cregagh, east Belfast, and was brought up in the Free Presbyterian faith. He had four sisters, Grace, Barbara, Julie and Carol, and one brother, Ian (Ian Busby Best).

At 22, Best had already won the Ballon d’Or and was the star of English football.

At 28, Best had 181 goals for United and had won 6 titles, a European Cup between them. However, he couldn’t handle all the pressure and fame. The addiction to alcohol and women ruined him.

“I’m fine. They found some blood in my alcoholic torrent. In 1969 I gave up women and drinking. It was the worst 20 minutes of my life. I spent a lot of money on cars, women and alcohol. The rest I just wasted.” are some of his iconic phrases.

In 2005, his liver became infected and he was rushed to the hospital. Knowing what awaited him, he asked a newspaper to publish a photo of his condition with the phrase: “Don’t die like me.”

George Best Facts:
*He was born on May 22, 1946 in Belfast, United Kingdom.
*As a child, he was an avid supporter of Glentoran and Wolverhampton Wanderers.
*He was one of the greatest players never to have appeared in a World Cup tournament.
*In Belfast, where Best was born, they named the airport after him.