Katherine Langford is an Australian actress. She is best known for her portrayal of Hannah Baker in the Netflix series 13 Reasons Why, for which she received a Golden Globe Award nomination. She is also known for her roles in the films The Misguided, Love, Simon, and Knives Out. Born on April 29, 1996 in Perth, Australia, to parents Elizabeth and Stephen Langford, she is the older sister of actress Josephine Langford. Langford studied music and drama at Perth Modern School where she was sports captain and a nationally ranked swimmer. She made her acting debut in the 2016 short film, Daughter. 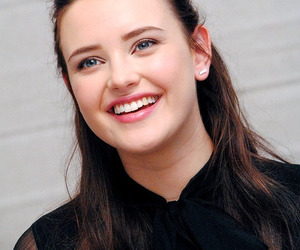 Katherine Langford Facts:
*She was born on April 29, 1996 in Perth, Australia.
*Both of her parents are doctors.
*Her sister is actress Josephine Langford.
*In 2005 she began voice lessons with Heidi Lake, and received jazz, classical, and contemporary vocal training.
*She was a national level swimmer at Perth Modern School.
*She graduated high school with a diploma in musical theater in 2014.
*She auditioned for the role of American high school student Hannah Baker in the mystery teen drama TV series 13 Reasons Why, over Skype.
*She played Hannah Baker on the Netflix mystery drama series 13 Reasons Why alongside Dylan Minnette.
*In 2018, she appeared in the teen comedy-drama film Love, Simon.
*She is a huge fan of Lady Gaga.
*Follow her on YouTube and Instagram.