Katherine Webb was born Katherine Elizabeth Webb on April 24, 1989 in Montgomery, Alabama, the daughter of Leslie and Alan Webb. She is a model, beauty queen, and television personality who was Miss Alabama USA 2012 and was in the top ten for the competition Miss USA 2012. She has also appeared on the broadcast of the 2013 BCS National Championship Game. She has three siblings; David, Matthew, and Laurie. She has been married to AJ McCarron since July 12, 2014. They have a son together. 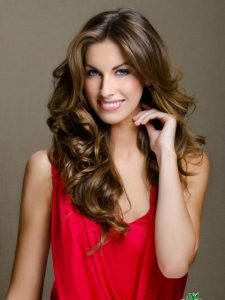 Katherine Webb Facts:
*She competed in the 2007 Miss Georgia USA pageant, but did not finish in the top 10.
*She was selected to appear in a Carl’s Jr. advertisement in 2013.
*She was raised in the Columbus-Phenix City area into a Christian family with great morals.
*Follow her on Twitter, Facebook and Instagram.