Academy Award and Golden Globe-nominated American actress who mostly seen on television and in motion pictures. For her performance in the 1995 film Apollo 13, she earned a Best Supporting Actress Academy Award nomination, and for the 1977 film I Never Promised You a Rose Garden, she received a Best Actress Golden Globe nomination. She has also starred in the films The Runner Stumbles, Sunday Lovers, Sunset, Clara’s Heart, Airport ’77, The Promise, The Doors, Breakdown, and Breach. Born Kathleen Denise Quinlan in Pasadena, California, on November 19, 1954, she is the daughter of Josephine and Robert Quinlan. She grew up in Mill Valley, California, where she attended Tamalpais High School, studied drama and began her acting career. Since April 12, 1994, she has been married to actor Bruce Abbott. They have a son, Tyler Abbott. 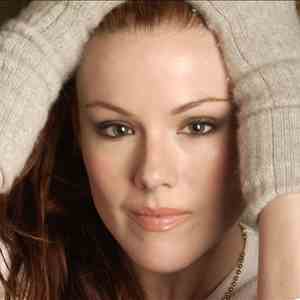 Kathleen Quinlan Facts:
*She was born in Pasadena, California and raised in Mill Valley, California.
*She was listed as one of 12 “Promising New Actors of 1977” in John Willis’ Screen World, Vol. 29.
*She was a gymnast while in high school.