Kathryn Beaumont is a British-American actress, voice actress, singer and school teacher. She is best known for providing the voices of both Alice in Disney’s Alice in Wonderland and Wendy in Disney’s Peter Pan. She was honored as a Disney Legend in 1998. She permanently retired from her previous role as Wendy Darling and Alice in 2005. The roles were taken over by Hynden Walch. Born on June 27, 1938 in London, England, UK, to parents Evelyn and Kenneth Beaumont, her father was a singer, and her mother was a professional dancer. Following her high school graduation, Beaumont enrolled at the University of Southern California, where she graduated with a degree in education. At age 10, she was chosen for the voice of Alice, in Disney’s animated version of the classic children’s tale, Alice in Wonderland. She has been married to Allan Levine since April 12, 1981. Together they have two children. 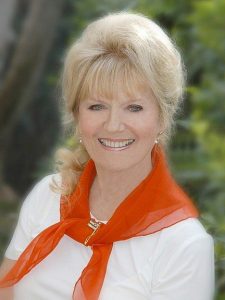 Kathryn Beaumont Facts:
*She was born on June 27, 1938 in London, England, UK.
*Her father was a broadcaster during World War II.
*In 1998, she was named a “Disney Legend” by the Walt Disney Company in 1998.
*Visit her official website: www.kathrynbeaumont.com