Chloe Sims is a British television personality, glamour model and entrepreneur, best known for being a cast member of the ITVBe reality television series The Only Way Is Essex. She published her autobiography Chloe Sims: The Only Way Is Up: My Story in 2013. In 2018, she made an appearance on co-star Gemma Collins’ television show Diva Espana. Born Chloe Linda Daisy Margaret Sims on November 3, 1982 in London, England to Tony Sims, she was raised by her grandparents. She first appeared on the reality TV show The Only Way is Essex in 2011. Before her career in television, she became a mother to daughter Madison in 2005. She had an on and off relationship with Elliott Wright in series 12 until series 15. 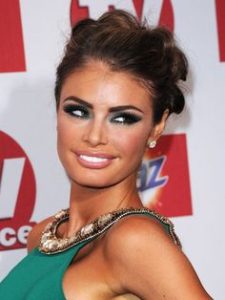