Kaya Rose Scodelario, better known as Kaya Scodelario, is an English actress, best known for her roles as Effy Stonem in Skins (26 episodes), Teresa Agnes in Maze Runner film series and Carina Barbossa in Pirates of the Caribbean film series. In 2012, she appeared in the music video for the song “Candy” by Robbie Williams. Kaya was born as Kaya Rose Humphrey in Haywards Heath, Sussex, England, to a Brazilian mother, Katia, and an English father, Roger Humphrey. 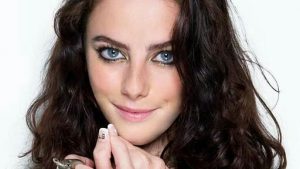 Kaya Scodelario Facts:
*At the age of 14 she decided to become an actress.
*She uses her mother’s last name, instead of her father.
*She is fluent in Portuguese.
*She is a big fan of Arnold Schwarzenegger.
*She was voted 13th in the UK edition of FHM’s 100 World’s Sexiest Women 2010.
*She was in the science fiction thriller Moon in addition to her print modeling work.
*Follow Kaya on Twitter and Instagram.