Paulina Mary Jean Gretzky, better known simply as Paulina Gretzky, is an American model, pop singer, and celebutante. She released a single entitled Collecting Dust, which appeared on Laguna Beach: The Real Orange County. Paulina was born on December 19, 1988 as Paulina Mary Jean Gretzky in Los Angeles, California, USA. She is daughter of actress Janet Jones and hockey legend Wayne Gretzky, and the eldest of their 5 children, and the niece of Keith Gretzky and Brent Gretzky, and the granddaughter of Walter Gretzky. 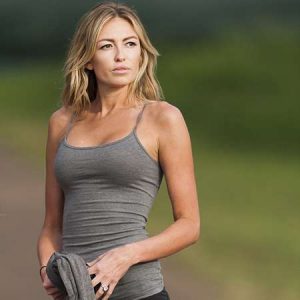 Paulina Gretzky Education:
*She attended Nightingale-Bamford School, New York City.
*She decided not to go to college in order to pursue a career in entertainment.

Paulina Gretzky Facts:
*She was born 5 months and 2 days after her parents’ wedding.
*She once performed at the prestigious 2003 Heritage Classic.
*She was the cover girl of Golf Digest’s May 2014 issue.
*She posed for the cover of the August 2005 issue of Canadian magazine Flair. Her mother had posed for the magazine in 1988.
*Follow Paulina Gretzky on Twitter and Instagram.