Keith Carlos is a former American football wide receiver and fashion model who won Cycle 21 of America’s Next Top Model in 2014, becoming the show’s first male winner. He is the Lead man in Cardi B’s music video “Be Careful”. Keith also has a lead role in “Chocolate City: Vegas” alongside Mekhi Phifer and Vivica Fox, and in the CBS show “The Bold and The Beautiful”. Born Keith Kasson Carlos on December 19, 1987 in Bridgeport, Connecticut, he has several nephews. Keith finished his high school football career at Bridgeport Central as “Athlete of the Year” then went on to Lackawanna College in Scranton, Pennsylvania. Keith became a free agent in the National Football League after earning contracts with the Philadelphia Eagles and New York Giants in 2011 and 2013, respectively. 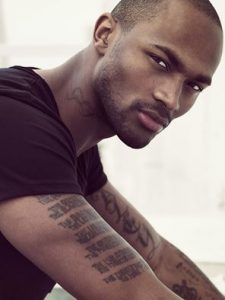