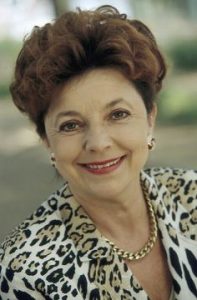 Monika Baumgartner Facts:
*She was born on July 19, 1951 in Munich, Germany.
*She worked as a bookkeeper to pay her acting studies.
*She made her debut as Simba in Keith’s The Marquis.
*She runs an interior decoration store with her sister Waltraud.