Kelli Williams is an American actress. She is best known for her portrayal of Lindsay Dole on the legal drama The Practice, and for her role as psychologist and deception expert Dr. Gillian Foster on Lie to Me. Other notable television roles include Jackie Clark in Army Wives, Mattie Walker in Elvis, Allison McLean in Ties That Bind, Ellie in New York News, and Dr. Natalie Durant in Medical Investigation. She has also appeared in the films Mr. Jones, There Goes My Baby, and Any Day Now. Born Kelli Renee Williams on June 8, 1970 in Los Angeles, California, to parents Shannon and John Williams, her parents divorced when she was age 13. She has one older brother named Sean, and three half-brothers. She attended elementary school at Lycée Français, and graduated from Beverly Hills High School in 1988. She started her career on television in 1989, playing the role of Young Lisa in an episode of the CBS series Beauty and the Beast. She is married to author Ajay Sahgal with whom she has three children. 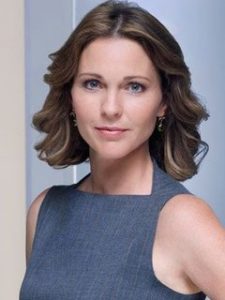 Kelli Williams Facts:
*She was born on June 8, 1970 in Los Angeles, California, USA.
*She is the stepdaughter of Alex Rocco, and stepsister of Lucien Rocco, Jennifer Rocco and Marc Rocco.
*She was discovered by her agent at her high school play (“Romeo and Juliet”), in which she starred as Juliet opposite General Hospital’s Steve Burton.
*She is fluent in both French and Spanish.
*Visit her official website: www.kelliwilliams.tv
*Follow her on Instagram.