Kelly Perine is an American actor and comedian who played the role of Duane Odell Knox in the TV series One on One. He also portrayed the role of Winston Hill in the sitcom Under One Roof. His other notable television appearances include: The Drew Carey Show, Between Brothers, ‘Til Death, Austin & Ally, and Crash & Bernstein. In 2018, he began starring in the Nickelodeon television series Knight Squad. Born on March 23, 1969 in State College, Pennsylvania, USA, Perine studied stage acting at Lake Forest Academy near Chicago, Illinois. He began his career performing as a stand-up comedian at various comedy clubs in the United States. 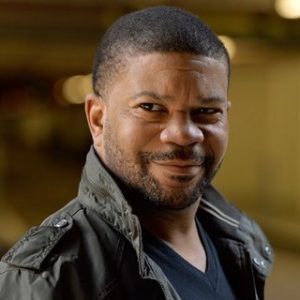 Kelly Perine Facts:
*He was born on March 23, 1969 in State College, Pennsylvania, USA.
*He attended UC Irvine and Pomona College.
*He began his acting career at the age of nine.
*He has appeared in numerous commercials, television shows, films, and in stand-up clubs.
*Visit his official website: www.kellyperine.com
*Follow him on Instagram.