Kelly Rowland is an American singer, songwriter, actress and TV personality. She is best known as the founding member of the best-selling American girl group, Destiny’s Child. With Destiny’s Child, she has won multiple Grammy Awards and has sold more than 50 million records worldwide. In 2002, she released her solo album, Simply Deep, which yielded the hits “Dilemma” and “Stole.” The album went gold in the United States; debuted at #1 when released in the United Kingdom; and peaked at number 5 and was certified gold in Australia. Her first song, “Stole,” was certified platinum and peaked at #2 in Australia. In 2011, she served as a judge on The X Factor. Born as Kelendria Trene Rowland on February 11, 1981, to Doris Rowland Garrison and Christopher Lovett, Kelly has one brother, Orlando. At age 6, she moved to Houston along with her mother, leaving her alcoholic and abusive father. She attended Lamar High School in Houston, Texas. She has been married to Tim Witherspoon since May 9, 2014. Together they have one son, Titan Jewell Witherspoon. 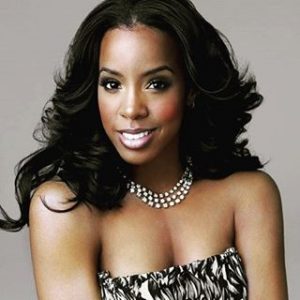 Kelly Rowland Facts:
*She was born to Doris Rowland Garrison and Christopher Lovett.
*She cites artists Houston, Sade and Janet Jackson as her biggest influences.
*She is best friends with Beyoncé, since they were children.
*She is friends with Serena Williams, and La La Anthony.
*She has a breed Teacup Terrier dog named Mocha.
*She was once in a relationship with NFL safety Roy Williams.
*Visit her official website: www.kellyrowland.com
*Follow her on YouTube, Twitter, Facebook and Instagram.