Kendall Schmidt is an American singer-songwriter, music producer and actor. He played the role of Kendall Knight on the Nickelodeon series, Big Time Rush, and is a former member of the Big Time Rush band. He has had small roles on TV shows such as ER, Without a Trace, CSI: Miami, Phil of the Future, Frasier, Gilmore Girls, Ghost Whisperer, and Frasier. 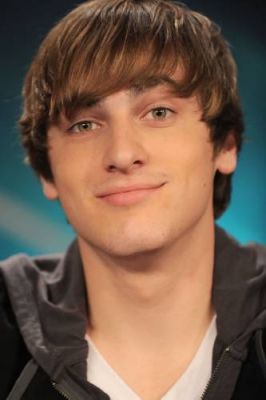 Born Kendall Francis Schmidt on November 2, 1990 in Wichita, Kansas, to parents Kathy and Kent Schmidt, he is the younger brother of actors Kenneth Schmidt and Kevin G. Schmidt.

Kendall Schmidt Education:
He was home schooled, and did not attend prom.

Kendall Schmidt Facts:
*He was born on November 2, 1990 in Wichita, Kansas, USA.
*He was home schooled, and did not attend prom.
*He began his acting career at age 5, appearing in a Chex TV commercial.
*He plays guitar, bass, drums, and piano.
*He has a celebrity crush on Zooey Deschanel.
*He has a dog named Sissy, a pig named Yuma, a tortoise named Oscar, and a python named Valentino.
*He likes Veggie Pizza.
*He has 8 tattoos; his Scorpio zodiac sign, Stitched up heart on his sleeve, Peace sign with Fire, Water, Earth
*Visit his official website: www.heffrondrive.com
*Follow him on Twitter, YouTube, Facebook and Instagram.