Ma Long is a Chinese table tennis player who has held the ranking of number 1 for a total of 64 months, the most by any male player in the history of table tennis. Ma won a record 5 straight ITTF World Tour tournaments in a row, including a streak of 35 sets, and a record total of 28 ITTF World Tour titles. In 2014, he became the captain of the Chinese National Table Tennis Men’s Team. 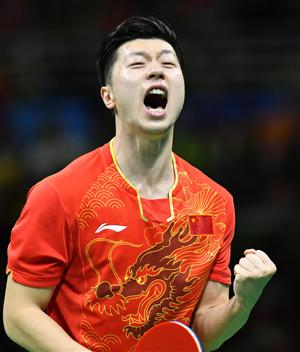 Ma Long Facts:
*He was born on October 20, 1988 in Anshan, China.
*He started to learn how to play table tennis at the age of five.
*At age 18, he became the youngest world champion after taking part in the 2006 World Team Championships
*He defeated number one ranked table tennis player Ma Lin at Kuwait’s Salwa Cup Open in early 2007.
*In 2015, 2017 and 2019, Ma became World Champion in Singles, and in 2016 he became Olympic champion.
*Follow him on Facebook.