American country music singer and songwriter who has recorded more than 20 albums and has produced more than 40 Top 10 singles on the US Billboard Hot Country Songs and Country Airplay charts, 32 of which have reached number one. Ten of Chesney’s albums consecutively reached number one on the US Billboard Top Country Albums chart. Fourteen of them have been certified gold or higher by the Recording Industry Association of America (RIAA). His highest-certified albums are No Shoes, No Shirt, No Problems, When the Sun Goes Down, and his first Greatest Hits compilation, each certified 4× Platinum for shipping four million copies in the US. Excluding his 1994 debut In My Wildest Dreams on Capricorn Records, all of his albums have been issued by BNA Records. Chesney has won many CMT awards and many other country music awards. 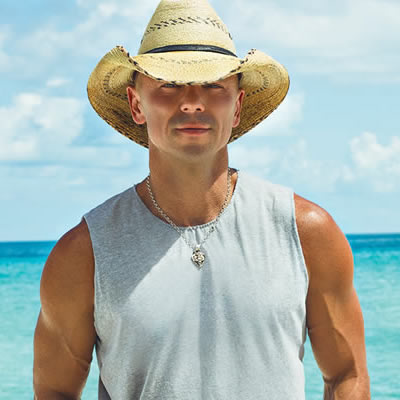 Kenny Chesney Facts:
*Born on March 26, 1968 in Knoxville, Tennessee, he was raised in Luttrell.
*He is of English and Irish descent.
*He played baseball and football at Gibbs High School.
*He won the 2004 CMA Album of the Year for his record When the Sun Goes Down.
*His 2007 Flip-Flop Summer Tour was the highest-grossing country road trip of the year.
*He won the Billboard Music Award for Top Country Tour in 2017.
*He is good friends with Peyton Manning.
*He is a die hard fan of the Boston Red Sox and the Tennessee Titans.
*He is a huge fan Aerosmith and Bruce Springsteen.
*His favorite musicians are Conway Twitty, Keith Whitley, Lynyrd Skynyrd, George Jones, Ricky Skaggs and James Taylor.
*He was briefly married to actress and producer Renée Zellweger.
*He has dated Jamie Hill and Mary Nolan.
*He has a dog named Puncho.
*Visit his official website: www.kennychesney.com