Nick Carter is an American musician, singer and actor, best known as a member of the 1990s boy band Backstreet Boys. The group rose to fame with their debut international album, Backstreet Boys (1996). In 2002, Carter released his debut solo album, Now or Never, the album reached #17 on Billboard 200 and was certified gold. He also starred in his own reality House of Carters and I (Heart) Nick Carter. 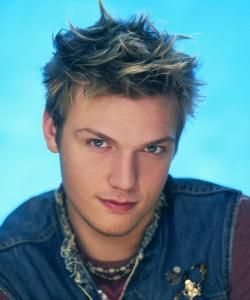 Nick Carter Facts:
*He was born on January 28, 1980 in Jamestown, New York, USA.
*His ancestry includes English, German, Scottish, Welsh, Irish and Ulster-Scots.
*He never went to high school.
*He began his acting and singing career at a young age.
*He released his debut studio album, Backstreet Boys, in May 1996 as a member of the band, Backstreet Boys.
*He is an avid animal lover and owns one dog, a pug named Nacho, and a hairless cat.
*He is a licensed scuba diver.
*He is a huge fan of the Tampa Bay Buccaneers.
*He is allergic to cats.
*He married Lauren Carter in April 2014. They have three children.
*Visit his official website: www.nickcarter.net