Kevin McDonald is a Canadian actor, voice artist and comedian, best known as a member of the comedy troupe The Kids in the Hall, who have appeared together in a number of stage, television and film productions, most notably the 1988–1995 TV series The Kids in the Hall. He voiced Pleakley in the Lilo & Stitch series, Waffle in Catscratch and the Almighty Tallest Purple in Invader Zim. In 2011, McDonald starred as a co-pilot in the web comedy series Papillon. Born Kevin Hamilton McDonald on May 16, 1961 in Montreal, Canada, to parents Sheila and Hamilton “Hammy” McDonald, he has a sister named Sandra. He attended Humber College. He was married to Tiffany Lacey from 1993 to 1995. 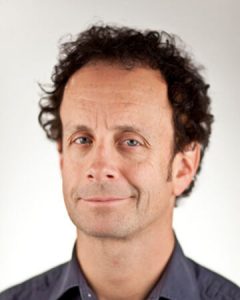 Kevin McDonald Facts:
*He was born on May 16, 1961 in Montreal, Canada.
*His father wanted him to become a lawyer.
*He founded The Kids in the Hall with his friend Dave Foley.
*He owns a Staffordshire terrier named Popular, or Poppy for short.
*His early comedic influences include Peter Sellers, Gene Wilder, Andy Kaufman, Phil Silvers, and the TV show Get Smart.
*He plays guitar and had his own band, Accidentally Cool.
*Follow him on Twitter.