Canadian singer and songwriter whose debut single, “Hideaway (2014)” debuted at number one on the UK Singles Chart. Kiesza’s second single, “Giant in My Heart”, premiered on Annie Mac’s BBC Radio 1 show on June 13, 2014. It entered the UK Singles Chart at number four. She wrote several songs for Rihanna, which were considered for the Barbadian artist’s eighth album. She also worked with Loreen on the 2015 single “I’m in It with You”. She was featured in the popular Finnish song “Triggerfinger” by Donkeyboy. In 2014, Kiesza was selected to be the face of a new line of fashion eyewear called “Color Block” by retailer Fendi, appearing in a promotional video shot by Ruth Hogben. 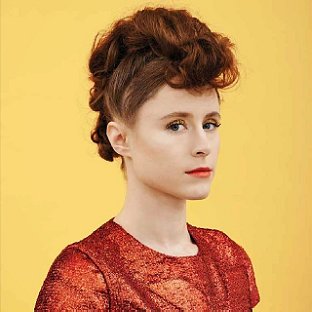 Born Kiesa Rae Ellestad on January 16, 1989 in Calgary, Canada, she has a younger brother, who works in the Canadian navy. Kiesza attended Springbank Community High School, Selkirk College and The Royal Conservatory of Music.

Kiesza Facts:
*Born on January 16, 1989 in Calgary, Canada, she is of Norwegian and Scottish descent on her father’s side.
*Her last name, Ellestad, is Norwegian from her paternal side and her grandfather is from Fagernes in Norway.
*Her ballet career ended due to a knee injury when she was 15 years old.
*Her parents divorced when she was 18.
*She participated at Miss Universe Canada pageant.
*In 2017, Kiesza was involved in a car accident in Toronto, suffering severe injuries that required her to take several years off to recover.
*Visit her official website: www.kiesza.com
*Follow her on Twitter, SoundCloud, YouTube, Facebook and Instagram.