Thomas Brodie-Sangster is a British actor. He is best known for roles such as Sam in Love Actually, Simon in Nanny McPhee, Ferb in Phineas and Ferb, Jojen Reed in Game of Thrones, Newt in the Maze Runner film series, and Benny Watts in the Netflix miniseries The Queen’s Gambit. He has also starred in critically acclaimed cult films such as Death of a Superhero, Bright Star, and as Paul McCartney in Nowhere Boy. Brodie-Sangster also had a cameo as an officer of the First Order in Star Wars: The Force Awakens, a role as Whitey Winn in the Netflix miniseries Godless and played John Tracy in Thunderbirds Are Go. 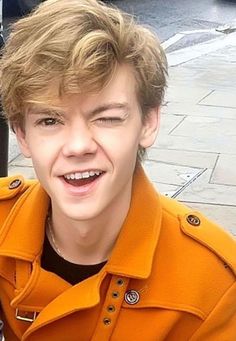 Born on May 16, 1990 in Southwark, London, United Kingdom, to parents Mark and Tasha Bertram, he is of Scottish descent on his father’s side, and of Cornish and Welsh descent on his mother’s side. He has one younger sister named Ava. Brodie-Sangster’s first acting role was in a BBC television film, Station Jim (2001). He was in a relationship with former child actress, Isabella Melling from 2012 to 2016.