Paget Brewster is an American actress and singer who became known for her role as Kathy on the fourth season of the NBC sitcom Friends. She landed a recurring role as FBI Supervisory Special Agent Emily Prentiss on the crime drama Criminal Minds, on which she appeared regularly from 2006 to 2012. Brewster has also starred in several TV comedy series, including Another Period, Andy Richter Controls the Universe, Grandfathered, Drunk History, and Community. She has also done voice work in Godzilla: The Series, Harvey Birdman, Attorney at Law, Dan Vs., DuckTales, and Birdgirl. 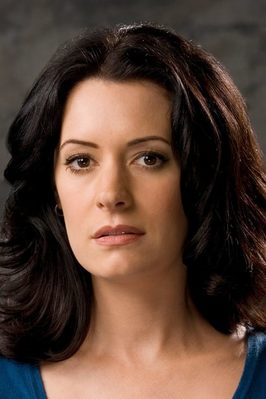 Born Paget Valerie Brewster on March 10, 1969 in Concord, Massachusetts, her mother, Hathaway Brewster, worked as a government official, and her father, Galen Brewster, worked as a school administrator. Brewster grew up in Massachusetts and attended a New England boarding school where her parents were teachers. She later moved to New York City to attend Parsons School of Design. In November 2014, she married Steve Damstra.

Paget Brewster Facts:
*She was born on March 10, 1969 in Concord, Massachusetts, USA.
*She has a younger brother named Ivan.
*She had a recurring role as Kathy on the fourth season of the NBC sitcom Friends.
*Her breakthrough role came when she played FBI Supervisory Special Agent Emily Prentiss in the crime drama Criminal Minds.
*She modeled as a retro pin up model in Los Angeles and was offered a spread in Playboy, but declined.
*She is friends with actor Jon Cryer.
*She works occasionally as a photographer for modeling website SuicideGirls.com.
*She was a lead singer of the Mechanical Bride, a New York based band.
*Visit her official website: www.pagetbrewster.com
*Follow her on Twitter and Instagram.