Kim Yugyeom is a South Korean singer and songwriter. He is best known for being a member of the South Korean boy band Got7, and the leader of its sub-unit Jus2. Got7 debuted in January 2014 with the release of their first EP Got It?, which peaked at number two on the Gaon Album Chart and number one on Billboard’s World Albums Chart. 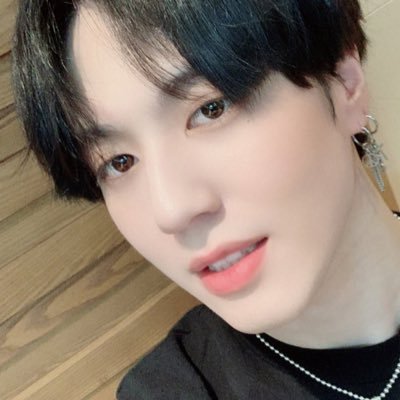 Born Kim Yu-gyeom on November 17, 1997 in Namyangju-si, South Korea, he has one older brother, Kim Euigyeom. Yugyeom competed in numerous dance competitions before making his debut with Got7. He was educated at Hanlim Arts School and Daekyeung University.

Kim Yugyeom Facts:
*He was born on November 17, 1997 in Namyangju-si, South Korea.
*He spent his childhood years in Saudi Arabia due to his father’s job.
*Original member of the award-winning K-Pop boy band Got7 along with JB, Jackson Wang, Park Jin-Young, Mark Tuan, Youngjae and BamBam.
*He is the youngest member of the group Got7.
*He won Mnet’s competition series Hit The Stage in 2016.
*He is fluent in both Korean and Japanese.
*Follow him on Twitter, SoundCloud and Instagram.