Singer-songwriter and musician who began her music career as a member of the Polyphonic Spree. St. Vincent was also a member of Sufjan Stevens’s touring band, before forming her own band in 2006. Her 2014 album album, St. Vincent, won her a Grammy for Best Alternative Album, her first Grammy Award. Her fifth studio album, Masseduction, was released in 2017. 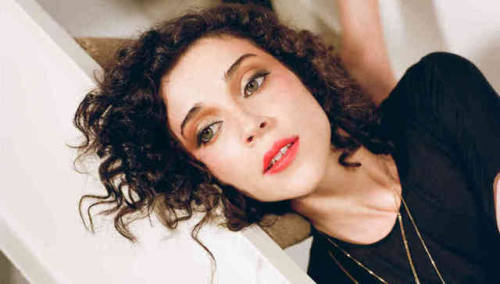 Born on September 28, 1982 in Tulsa, Oklahoma, her real name is Annie Erin Clark. Her parents divorced when she was three, and when she was seven she moved with her mother and two older sisters to Dallas, Texas. She was previously in a relationship with model Cara Delevingne and actress Kristen Stewart.

St. Vincent Facts:
*She was born on September 28, 1982 in Tulsa, Oklahoma, USA.
*She was raised Catholic and Unitarian Universalist.
*She began recording under the St. Vincent name in 2006 and released her debut studio album, Marry Me, in 2007.
*Her self-titled St. Vincent album (2014) won a Grammy for Best Alternative Album.
*She was ranked number 65 on Rolling Stone’s 100 Best Albums of the 2010s.
*Visit her official website: www.ilovestvincent.com
*Follow her on Twitter, SoundCloud, YouTube, Facebook and Instagram.