Kira Kosarin is an American actress and singer. She is best known for her portrayal of Phoebe Thunderman on the Nickelodeon series The Thundermans, for which she was nominated for the Kids’ Choice Awards consecutively from 2015 to 2018. She also played Ellie in the 2015 Nickelodeon TV movie One Crazy Cruise, and appeared on Nickelodeon’s Ho Ho Holiday Special in 2015. Kosarin released her debut album, Off Brand on April 10, 2019. 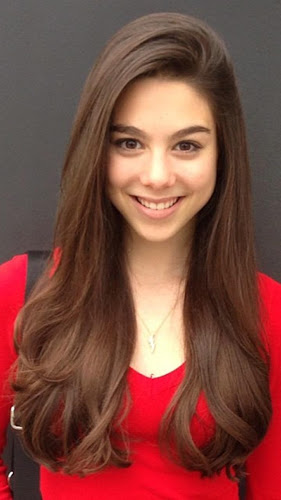 Kira Kosarin Facts:
*Born on October 7, 1997 in Morristown, New Jersey, she is of Russian Jewish and Ukrainian Jewish descent.
*She started dancing full time at the age of 9.
*She attended the Pine Crest School in Florida.
*She moved from Florida to Los Angeles in 2011, to pursue an acting career.
*She made her television debut in an episode of the Disney Channel sitcom Shake It Up.
*She played the role of Phoebe Thunderman in the Nickelodeon comedy series, The Thundermans, from 2013 to 2018.
*She provided her voice for the 2013 American Doll feature film “Saige Paints the Sky.
*She released her debut album Off Brand in April 2019.
*Follow her on Twitter, TikTok, YouTube, Facebook and Instagram.