Kirsten Vangsness is an American actress, best known for portraying the FBI Technical Analyst Penelope Garcia on the CBS hit drama Criminal Minds and its spin-off Criminal Minds: Suspect Behavior. She is also known for her recurring role as Meredith Champagne on Pretty the Series. She has co-written three episodes of Criminal Minds since 2014. Vangsness is the recipient of various accolades including; the 15 Minutes of Female Best Actress Award, the Golden Betty Award and the Los Angeles Drama Critic Award. Born Kirsten Simone Vangsness on July 7, 1972 in Pasadena, California, to parents Barbara and Errol Leroy Vangsness, she is of Norwegian descent on her father’s side, and of Italian descent on her mother’s side. Vangsness was raised in Porterville, San Joaquin Valley, Tulare County, California, and later relocated to Cerritos, Los Angeles. In June 1990, she graduated from Cerritos High School and attended Cypress College in Cypress, Northern Orange County, California. In 1996 she graduated from California State University, Fullerton, in Fullerton, Orange County. In November 2015, she became engaged to actor and writer Keith Hanson. She was previously in a relationship with Melanie Goldstein from 2006 to 2013. 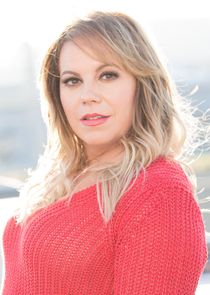 Kirsten Vangsness Facts:
*She was born on July 7, 1972 in Pasadena, California, USA.
*She began acting in 1998.
*She is best known for playing the role of FBI Technical Analyst Penelope Garcia in the CBS drama series Criminal Minds since 2005.
*From 2010 to 2012, Vangsness played Meredith Champagne on Pretty the Series.
*She is left-handed.
*Follow her on Twitter and Instagram.