Matthew Gray Gubler is an American actor, director, model, painter, and writer. He is best known for his portrayal of quirky Dr. Spencer Reid in the CBS television show Criminal Minds. He has appeared in The Life Aquatic with Steve Zissou, Trash Fire, Life After Beth, (500) Days of Summer, Suburban Gothic, and Newness. He also provided the voice of Simon in Alvin and the Chipmunks and its three sequels. As a model, Gubler has worked for fashion designers as Tommy Hilfiger, Marc Jacobs, Burberry, Sisley, and Louis Vuitton. Born on March 09, 1980 in Las Vegas, Nevada, to parents Marilyn and John Gubler, he graduated from the Las Vegas Academy of International Studies, Visual and Performing Arts, where he studied acting. He is a 2002 graduate of New York University’s Tisch School of the Arts, where he majored in film directing. In 2007, Gubler dated actress Kat Dennings. 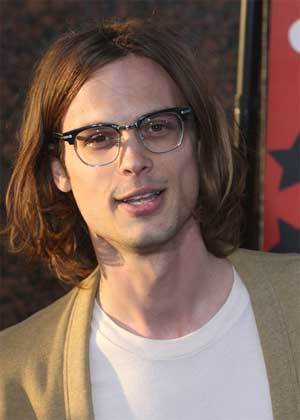 Matthew Gray Gubler Facts:
*He was born on March 09, 1980 in Las Vegas, Nevada, USA.
*His ancestry includes Swiss-German, German, English, Irish, Manx, Scottish, and Dutch.
*He is the grandson of Laura and Maxwell Kelch–the founders of Las Vegas’ first radio station, KENO.
*He is a fan of comedian Andy Kaufman.
*His favorite TV Show is the HBO Series Carnivàle and his favorite Director is Wes Anderson.
*He is a huge fan of Star Wars: Episode IV – A New Hope
*Visit his official website: www.matthewgraygubler.com
*Follow him on Twitter, Facebook and Instagram.