Kodak Black is an American hip hop recording artist. He is best known for his singles “Zeze”, “Tunnel Vision”, “Roll in Peace”, and “No Flockin”. His song “Zeze”, debuted and peaked at number 2, becoming Black’s second top 10 hit on the US Billboard Hot 100. He is also noted for his numerous legal issues. Born Dieuson Octave on June 11, 1997 in Pompano Beach, Florida, USA, he was raised by his mother in Golden Acres. He began his rap journey at the age of 12 after he became a member of a rap group called Brutal Youngnz and adopted the stage name J-Black. He then joined a local rap group called The Kolyons. He legally changed his name “Dieuson Octave” to “Bill K. Kapri” in May 2018. He has a son named King Khalid Octave. According to reports, he has to pay the child’s mother $4,200 every month until 2033 and is also responsible for King’s health insurance costs. 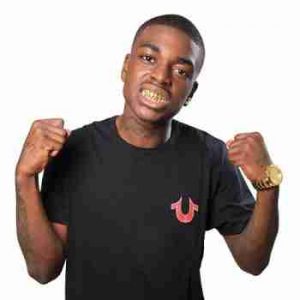 Kodak Black Facts:
*He was born on June 11, 1997 in Pompano Beach, Florida, USA.
*He is of Haitian descent.
*He started rapping in elementary school.
*He legally changed his name from “Dieuson Octave” to “Bill K. Kapri” on May 2, 2018.
*He was inspired by his favorite rapper Lil Boosie growing up.
*Visit his official website: www.officialkodakblack.com
*Follow him on Twitter, YouTube, SoundCloud, Facebook and Instagram.