Brazilian model and beauty pageant queen known for being crowned Miss Brazil 2016. She went on to represent her country (Brazil) in Miss Universe 2016 and placed in the Top 13. Born Raissa Oliveira Santana on July 6, 1995 in Itaberaba, Bahia, Brazil, Raissa is one of five children raised by a single mother. She studied marketing in Brazil. She won Miss Brasil 2016 and represented Brazil at Miss Universe 2016. 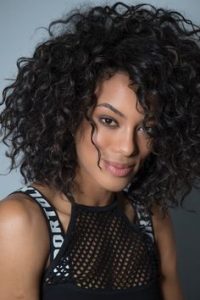 Raissa Santana Education:
She is a Marketing student.

Raissa Santana Facts:
*She was born on July 6, 1995 in Itaberaba, Bahia, Brazil.
*Her mother is Rosineide Santana.
*She was crowned Miss Brasil 2016 representing Paraná on October 1, 2016.
*She became the second black winner of Miss Brazil, after Deise Nunes (1986).
*Follow her on Twitter, YouTube, Facebook and Instagram.