Nigerian singer and songwriter who signed a record deal with Mavin Records on February 28, 2014. His hit single “Godwin”, a semi-gospel and pop song, became a national anthem and topped many music charts across Nigeria. Bello’s other notable hit songs include “African Princess”, “Jingle Bell” and “Cold Outside”. He was nominated in six categories at the Top Naija Music Awards 2012, winning four of them, and was also named Most Promising Act to Watch at the Nigeria Teens Choice Awards in 2014. Born on February 29, 1996 in Lagos, Nigeria, he has an older brother and a sister. He studied mass communication at the Nigerian Institute of Journalism. 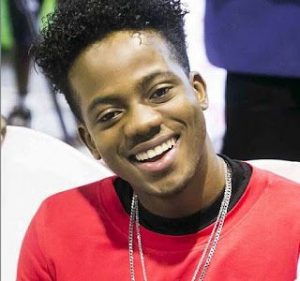 Korede Bello Facts:
*He was born on February 29, 1996 in Lagos, Nigeria.
*He began performing when he was seven years old.
*He signed a record deal with Mavin Records on February 28, 2014.
*His hit single “Godwin” was released on 28 January 2015, by Mavin Records.
*He is an Associate Member of the Institute of Information Management.
*Visit his official website: www.koredebello.com
*Follow him on Twitter, YouTube, Facebook and Instagram.