Kristen Connolly is an American actress of film and television. She is best known for television roles as Christina Gallagher on the Netflix series House of Cards, and Jamie Campbell on the CBS series Zoo as well as Dana Polk in the 2012 film The Cabin in the Woods. She has also appeared on two CBS daytime soap operas with recurring roles on As the World Turns and Guiding Light. She has made guest appearances in a number of television shows, including New Amsterdam, Mercy, Law & Order: Criminal Intent, Nurse Jackie, and Life on Mars. Born Kristen Nora Connolly on July 12, 1980 in Montclair, New Jersey, USA, she one younger brother named Will Connolly. She studied drama at Middlebury College in Vermont and the Yale School of Drama. Connolly began her career with recurring roles on several CollegeHumor digital shorts. She has a son named Stephen, with her partner Stephen O’Reilly. 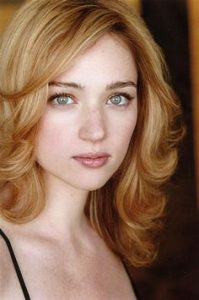 Kristen Connolly Facts:
*She was born on July 12, 1980 in Montclair, New Jersey, USA.
*She played tennis professionally for some time.
*She portrayed Christina Gallagher in Seasons 1 and 2 of House of Cards.
*She attended middle school with actor Zach Braff, singer Lauryn Hill and A.J. Calloway.
*Follow her on Instagram.