Singer, songwriter, producer and multi-instrumentalist who is best known for being one half of the duo Sugarland alongside Jennifer Nettles, and as a member of the folk rock duo Billy Pilgrim with Andrew Hyra. In addition to Sugarland and Billy Pilgrim, Bush has released one solo album, Southern Gravity, via Streamsound Records in 2015. Born Kristian Merrill Bush on March 14, 1970 in Knoxville, Tennessee, he is the great grandson of A.J. Bush, founder of Bush Brothers and Company (Bush’s Baked Beans); the family sold the company when Kristian was a child. He graduated in 1988 from Avon Old Farms Boarding School in Avon, Connecticut, and majored in Creative Writing at Emory University in Atlanta, Georgia. He was married to Jill Joyner from 1999 to 2011. He has a daughter named Camille and a son named Tucker. 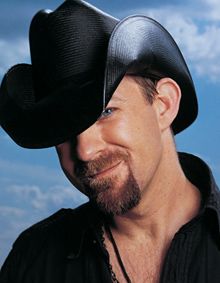 Kristian Bush Facts:
*Born on March 14, 1970 in Knoxville, Tennessee, he has one younger brother named Brandon.
*He picked up his first violin at the age of four and was classically trained under the Suzuki method.
*He released his first album at age seventeen in 1987 with Heroes.
*Visit his official website: www.kristianbush.com
*Follow him on Twitter, SoundCloud, YouTube, Facebook and Instagram.