Jennifer Nettles is an American singer-songwriter and actress. She is best known as the lead singer of the duo Sugarland alongside Kristian Bush. They have surpassed sales of over 22 million albums worldwide, achieved five No. 1 singles and won numerous awards, including trophies from the Grammys, American Music Awards, Academy of Country Music Awards, CMT Music Awards and CMA Awards. Nettles’ debut solo album, That Girl, was released on January 14, 2014. She was a judge and mentor on the singing reality show ABC Duets. Nettles made her acting debut in the NBC television movie, Dolly Parton’s Coat of Many Colors portraying Dolly Parton’s mother. Born Jennifer Odessa Nettles on September 12, 1974 in Douglas, Georgia, Nettles began performing at school assemblies, her Southern Baptist church, and in community theater. She graduated from Coffee High School and studied Sociology and Anthropology at Agnes Scott College in Decatur, Georgia, and graduated in 1997. She has been married to Justin Miller since November 26, 2011. They have a son together. She was previously married to Todd Van Sickle. 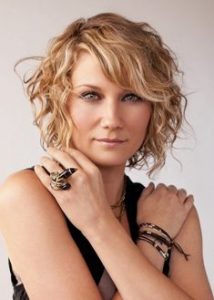