Reality television star who first achieved fame as a cast member on the popular MTV reality television series, Laguna Beach: The Real Orange County and its spin-off, The Hills. Cavallari was a participant in the 13th season of Dancing with the Stars, with two-time champion Mark Ballas. In 2018, Cavallari began starring on her own reality show Very Cavallari. She has her own line of clothing and jewellery, Uncommon James. Born Kristin Elizabeth Cavallari on January 5, 1987 in Denver, Colorado, to parents Judith Eifrig and Dennis Cavallari, she was raised in Barrington, Illinois. She is of Italian descent on her father’s side, and of German descent on her mother’s side. Cavallari first appeared on Laguna Beach: The Real Orange County while she was a junior in high school. She married NFL quarterback Jay Cutler on on June 8, 2013. They have three children, Jaxon, Camden, and Saylor. 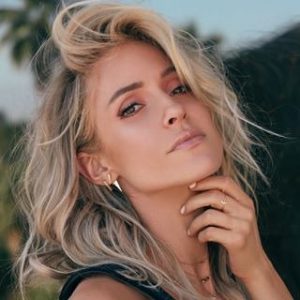 Kristin Cavallari Facts:
*Born on January 5, 1987 in Denver, Colorado, she grew up in Barrington, Illinois.
*She has two siblings, one a biological brother and one a step-brother.
*She rose to fame as a cast member of the reality show Laguna Beach: The Real Orange County and its spin-off, The Hills.
*She competed on season 13 of ABC’s Dancing with the Stars.
*She has a shih tzu named Bru.
*She is friends with Orly Shani.
*Her older brother, Michael Cavallari, was found dead on December 10, 2015, having died of hypothermia following a car crash.
*Follow her on Twitter, Facebook and Instagram.