Kristin Kreuk is a Canadian actress, known for her roles as Lana Lang in the Superman-inspired television series Smallville and as Laurel Yeung in the Canadian teen drama Edgemont. She has also appeared in the films Snow White: The Fairest of Them All, Irvine Welsh’s Ecstasy, and Street Fighter: The Legend of Chun-Li. She was born as Kristin Laura Kreuk in Vancouver, British Columbia to Deanna Che and Peter Kreuk. She is of Dutch descent on her father’s side, and of Chinese descent on her mother’s side. She has a younger sister named Justine Kreuk. 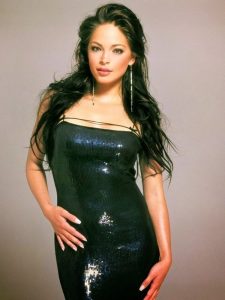 Relationships / Affairs / Boyfriend:
She has been in a relationship with actor and musician Mark Hildreth since 2004.

Kristin Kreuk Facts:
*Her mother, Deanna Che is of Chinese ancestry and Her father, Peter Kreuk is of Dutch descent.
*Her parents are landscape architects.
*She made her big screen debut in the 2004 film Eurotrip.
*She described herself as shy and boring.
*She has a purple belt in karate.
*She has her own Lana Lang action figure.
*Follow Kristin Kreuk on Twitter and Facebook.