Kristy Swanson is an American actress born in Mission Viejo, California. She is best known for her role as Buffy Summers in the 1992 film Buffy the Vampire Slayer. She played Catherine Dollanganger in the 1987 psychological horror film Flowers in the Attic. Her other well-known films include Deadly Friend, Ground Control, 8 Heads in a Duffel Bag, The Chase, The Phantom, and Higher Learning. Her television credits include Knots Landing, Nightingales, Early Edition, Grapevine, One Tree Hill and Psych. She won Young Artist Award for Best Young Actress in a Horror or Mystery Motion Picture in 1989. Born Kristen Noel Swanson on December 19, 1969 in Mission Viejo, California, USA, to Rosemary and Robert Swanson, her parents are both retired physical education teachers. She has one older brother, Rob, and has an uncle who taught English and Journalism in Anaheim, California. She graduated from El Toro High School in Lake Forest, California. She appeared in over 30 television commercials between the ages of 9 and 13. She made her acting debut in the 1986 film, Pretty in Pink. She has been married to Lloyd Eisler since 2009. They have a son together. 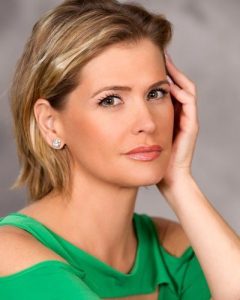 Kristy Swanson Facts:
*She was born on 19 December 1969 in Mission Viejo, California.
*She is left-handed.
*She is an avid golfer.
*She launched aDRESSitGOLF, a clothing line of ladies golf wear and accessories in 2014.
*In January 1988, she was arrested for cocaine overdose.
*She was once in a relationship with actor Alan Thicke.
*Visit her Official Fan website: www.kristyswansonxo.com
*Follow her on Twitter and Instagram.