Lara Flynn Boyle is an American actress of film and television. She is known for her roles in television, such as Twin Peaks, The Practice, Las Vegas, and Huff, and in the films Equinox, Men in Black II, Happiness, Baby on Board, Wayne’s World and Life Is Hot in Cracktown. Born on March 24, 1970 in Davenport, Iowa, to Sally, a clerical worker, assistant, and manager, and Michael L. Boyle, Lara grew up in in Chicago, Illinois with Robin Tunney. She is of Irish descent on her father’s side, and of German, Irish and Italian descent on her mother’s side. She attended The Chicago Academy for the Arts. She first gained attention with her role as Donna Hayward in the 1990 cult TV series Twin Peaks. She married Donald Ray Thomas on December 18, 2006. She was previously married to John Patrick Dee III. 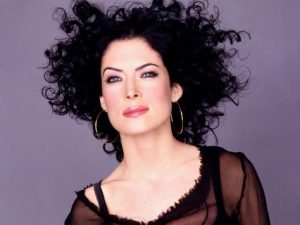 Lara Flynn Boyle Education:
The Chicago Academy for the Arts
School of the Art Institute of Chicago

Lara Flynn Boyle Facts:
*She is of German, Irish, and Italian descent.
*She is dyslexic.
*She was named after the Julie Christie character in Doctor Zhivago.
*She is good friends with Chris Isaak and Nina Siemaszko.