Nicholas Brendon is an American actor and writer. Best known by the public for his roles as Xander Harris in the television series Buffy the Vampire Slayer and as Kevin Lynch in Criminal Minds. He was featured in films such as Demon Island and Psycho Beach Party. He has been writing on the Buffy Season 10 comic book since 2014. Born as Nicholas Brendon Schultz on April 12, 1971 in Los Angeles, California, to Kathleen and Robert Schultz, he has an identical twin brother named Kelly Donovan. He also has two younger brothers, Christian and Kyle Schultz. He was educated at Chatsworth High School and Pasadena City College. He got his big break as an actor when he landed the role of Xander Harris on the hugely successful TV series Buffy the Vampire Slayer. He married actress Tressa di Figlia in 2001 and they divorced in 2007. He then was married to actress Moonda Tee from 2014 to 2015. 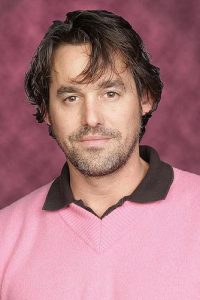 Nicholas Brendon Facts:
*He was born 3 minutes after his identical twin brother, Kelly Donovan.
*In 2004, he was listed at #4 of the Top Ten Sexiest Men of the Buffy / Angel universe in a fan poll by the Buffy the Vampire Slayer fanzine.
*He enjoys baseball, camping, and spending quality time with family and friends.
*He used to work as a plumber’s assistant, veterinary janitor, day care counselor, waiter, and production assistant.
*He is a spokesperson for the Stuttering Foundation of America, appearing in a print campaign for the organization.
*Follow him on Twitter and Facebook.