Laura Carmichael is a British actress. She is best known for playing Lady Edith Crawley in the ITV period drama series Downton Abbey from 2010 until 2015. She played Maddy Stevenson in the television series Marcella (2016). In addition to her television appearances, she has also acted in a number of films, including Tinker Tailor Soldier Spy (2011), Madame Bovary (2014), and A United Kingdom (2016). Born Laura Elizabeth Carmichael on July 16, 1986 in Southampton, Hampshire, England, she is the daughter of Andy Carmichael, a software consultant, and Sarah, a radiographer. Laura is the middle of three children. Her older sister Amy works for a software start-up company and her younger sister Olivia is a charity fundraiser with the NHS. She is a 2007 graduate of Bristol Old Vic Theatre School. 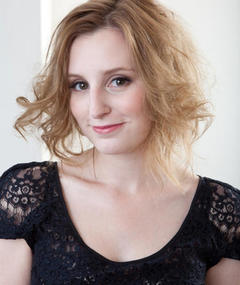 Laura Carmichael Facts:
*She was born in Southampton, Hampshire, England on July 16, 1986.
*She graduated in 2007 from Bristol Old Vic Theatre School.
*She worked as an office receptionist and teaching assistant before she started her acting career.
*She is a fan of Beyoncé.
*She is close friends with Michelle Dockery.
*Follow her on Twitter, Facebook and Instagram.