Sunetra Sarker is a British actress. She is best known for television roles as Dr. Zoe Hanna on Casualty, Anji Mittel on No Angels, Nisha Batra on Brookside and Kaneez Paracha on Channel 4’s Ackley Bridge. In 2014, she competed in the twelfth series of Strictly Come Dancing, partnered with Brendan Cole. Born on June 25, 1973, in Liverpool, England, UK, Sunetra is the daughter of first generation immigrant parents who settled in Liverpool from Calcutta, India, a few years before she was born. She belongs to a Hindu family. Her father Bachi Sarker is a retired doctor and her mother Bisakha is a statistican who taught Indian classical dance. She has a son Noah with her ex-husband Nick Corfield, whom she was married to from 2003 to 2011. 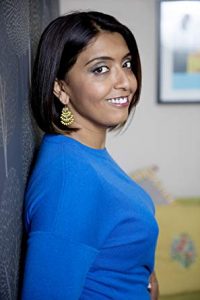 Sunetra Sarker Facts:
*She was born on June 25, 1973 in Liverpool, England.
*She belongs to bengali descent.
*In 2014, she took part in the twelfth series of the BBC’s Strictly Come Dancing, partnered with Brendan Cole.
*Her great-grandfather Nares Sen-Gupta, a writer and political activist, was friends with Indian poet Rabindranath Tagore in the 19th century.
*Follow her on Twitter and Instagram.