Lauren Socha is an English actress. She is most widely known for her performance as Kelly Bailey in the E4 comedy-drama television series Misfits, for which she won a BAFTA TV Award in the Best Supporting Actress category. In 2009, Socha played Lauren in the Channel 4 television film The Unloved. Born Lauren Marie Socha on June 9, 1990 in Derby, Derbyshire, England, UK, to parents Kathleen (Lyons) and Robert Socha, her older brother is actor Michael Socha. She belongs to Polish, English, Irish, and Italian descent. She was educated at St. George’s RC Primary School, Burton College and St. Benedict’s Catholic School and Performing Arts College, Derby. She has a daughter named Reenie-Rae. 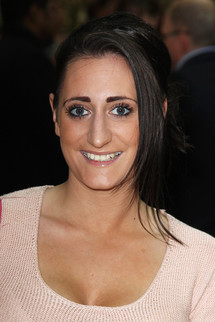 Lauren Socha Facts:
*She was born on June 9, 1990 in Derby, Derbyshire, England, UK.
*Her ancestry includes Polish, English, Irish, and Italian.
*She is the younger sister of actor Michael Socha.
*She trained in acting at Ian Smith’s Television Workshop in Nottingham.
*She has three tattoos: three stars on her neck, a bow on her back and her initials with a star on her wrist, which her parents allowed her to have done
*Currently, she resides in Derby.
*Follow her on Twitter, Facebook and Instagram.